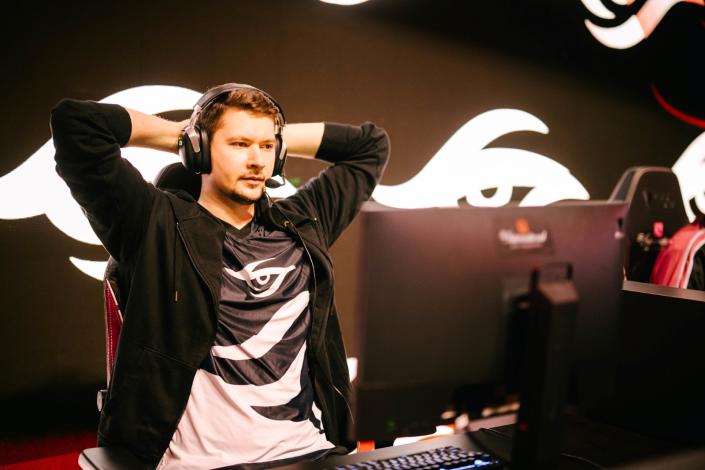 Clement “Puppey” Ivanov has come one step closer to claiming his second Aegis of Champions.

Despite coming from the Last Chance Qualifier (LCQ), Western European juggernauts Team Secret became the first team to guarantee themselves a Top 3 finish at The International 11 (TI11) after they soundly swept South American hopefuls Thunder Awaken, 2-0, in the upper bracket semifinals of the Main Event.

Secret’s victory at the LCQ seems to have given them all the momentum in the world heading into TI11. They were one of the most dominant teams of the Group Stage, taking the second seed of Group B with a 13-5 record and securing an upper bracket berth in the Main Event.

Secret then pulled off one of the biggest upsets of the Main Event, knocking Chinese favorites PSG.LGD down to the lower bracket in a resounding 2-0 sweep to advance to the upper bracket semifinals.

Meanwhile, Thunder Awaken has arguably been the biggest surprise of TI11.

They finished as the third seed of Group B with a solid 10-8 record then kicked off the Main Event with a massive upset over North American powerhouse Evil Geniuses.

Thunder Awaken is the first-ever South American team in the history of TI to make it to the Top 6, but they needed to get past Secret if they wanted to go on an even deeper run. However, the South Americans could not get overcome a determined Puppey and his squad.

Game one started out as a close affair, as Thunder Awaken looked to hold off any aggression coming from Secret to give Christian “Pakazs” Savina’s Morphling enough time and space to farm up.

But once the mid game came around, Secret simply dominated the teamfights and started to snowball out of control.

Puppey on Disruptor, well, disrupted any attempts by the South Americans to counter-initiate with Static Storm and reeled in fleeing stragglers with Glimpse.

Secret then forced the GG call from Thunder Awaken after 44 minutes of action. Nisha had a stellar performance, notching a series-high 16 kills and 14 assists against just two deaths, to pace his team’s 38-23 kill lead. Crystallis had an excellent showing too, pitching in 16 kills of his own and only dying once.

While Thunder Awaken managed to put up a fight in game one, game two wasn’t even close.

Secret drafted a fearsome tri-core teamfight of Ursa, Kunkka, and Leshrac for Crystallis, Nisha, and Resolut1on, respectively. Zayac provided initiation on his support Marci while Puppey would disrupt Thunder Awaken’s teamfighting as Silencer.

Secret led from the laning stage and never looked back, simply outclassing their opponents in every gank and teamfight. Despite Thunder Awaken’s best efforts to mount a comeback behind Pakazs’ Slark, they only managed to delay the game to just under 42 minutes before being forced to concede.

Resolut1on was the star of game two, tying the series-high for kills at 16 to pace his team’s 41-12 kill lead while only dying once. Zayac also excelled, notching 10 kills and 26 assists against four deaths.

With their victory, Secret have guaranteed themselves at least a Top 3 finish and at least US$1.5 million in winnings. They advance to the upper bracket finals on 29 October, where they will face the winner of the other upper bracket semifinals match between Tundra Esports and Team Aster for the first spot in TI11’s Grand Finals.

Meanwhile, Thunder Awaken dropped down to the lower bracket. They will next face the winner of the elimination match between OG and Team Liquid for the right to stay alive at TI11.

TI11 will be hosted in Singapore from 15 to 30 October and features a revamped format and a longer schedule.

TI11’s Main Event will be a double-elimination bracket and is split into two phases, the first being held from 20 to 23 October while the second will take place from 29 to 30 October.

For everything you need to know about TI11, check here

If you’re a fan of Dota 2 both as a game and as an esports title, check out our Dota 2 pages. From news to results, to the latest game meta or builds, as well as player interviews, there’s something for everyone.